My great-grandmother on my father’s mother’s side loved Chiclets, especially the red ones. She didn’t speak much English, dressed only in black after her husband passed, and perpetually rolled rosaries between her thumb and fingers, the speed of the passing beads based on what was on her mind or on the TV. A woman in a bathing suit elicited high-speed rolling accompanied by the two words I remember her saying most often—ce scorn.

The Micromega M-150 in its high-gloss color finish reminds me of chiclets—brilliant colorful goodness on the outside, sweet goodness on the inside. That may sound trivial but it’s not seeing as I loved my great-grandmother on my father’s mother’s side and every time I was in her company I felt her warmth and kindness radiating for miles around.

I’ve been in the company of the Micromega M series at shows for years, beginning in 2015 in Munich, then CES 2016, then again at RMAF 2016 and 2017 where I gave it my “Coolest and Hottest Room” award because the brilliant orange M-100 perfectly matched the brilliant orange Focal speakers in 2016 where 2017 saw matching brilliant blue. Nice.

The simplicity, the orange, and translucent paper room treatment was only bettered by this simple system’s sound. Hot and cool. Bravo, all around.

I’ve been itching to hear a Micromega M-series in-Barn for years and that day arrived back in August. Since then, the M-150 has been playing my tunes via Tidal, my music library, and my LPs paired to my DeVore gibbon X. I can say that the brilliant blue M-150 is even more brilliant in person and does a wonderful job of turning both digital and analog sources into music. It’s worth noting that the M-series can be ordered in custom colors to match your heart’s delight. When was the last time you brought your color swatches to shop for ahifi? Admit it, we all have a favorite color chiclet [footnote 1].

There are a boat-load of features packed into the slim, shiny M-150 and you can read all about them in the product manual but I’ll highlight a few highlights here. Micromega calls their built-in DSP M.A.R.S (Micromega Acoustic Room System) and each unit ships with a Dayton Audio mic which the M-150 uses to calibrate the unit’s response according to the room it’s being used in. The one-time process is simple and takes but a few minutes and it works. Pre-M.A.R.S., there was some bass bloat which the system heard and corrected. The calibrated system also offered a more accurate sound image, where players and sounds were more firmly rooted in space. All-in-all, M.A.R.S. makes music sound better. You can also adjust the sensitivity for each input so that they all play at the same volume level. Nice. Overall, from a hardware functional view, the M-150 is a clear champ.

To control playback of digital sources, like Tidal and network-based music, Micromega offers their own M-One app for Android and iPhone phones. <rant> There is no app for tablets or desktops and while the Micromega app on my iPhone was easy to figure out and easy to use, it pales in comparison to Roon [footnote 2]. There is no Tidal/network-based music integration, there is no “radio” function allowing the app to take over music selection, the network-based music view is the typical UPnP folder/file structure, the views into Tidal are limited, and I find my iPhone 8’s screen to be annoyingly small when used regularly as a music playing remote control. To my mind, a product like the Micromega M-series wants to be Roon-ready. It practically begs for it as mating the beauty of its hardware to elegant software is match made in hifi heaven.</rant>

The included M-150 remote is another piece of nice design furthering the luxurious user experience. Yes, luxurious. And why not? I find interacting with beautiful design increases my enjoyment of the listening experience which is one reason I harp on about Roon. But enough of that. Around back, the input/output panel is recessed into the back, making disconnecting the Ethernet cable rather tight. If you find yourself plugging and unplugging your Ethernet cable frequently, this may be an issue. But I have to ask—why would you?

The M-150 also happens to be a very fine sounding audio product. It has a non-digital sound, meaning there’s meat on music’s bones, while offering tight-fisted control, bountiful well-formed bass, and overall a presentation that allowed me to enter music’s kingdom and wander around, time be damned. Whether streaming from Tidal, from my music library, spinning vinyl, or even playing over AirPlay from my iMac using Roon (oops), music flowed from my gibbon Xs unencumbered by any hitches in music’s giddy up. There were no musical bits sticking out and calling undue attention to themselves which can disrupt the flow.

And flow I did, over many weeks and many records, too many to list but it’s always nice to mention music since that’s the entire point. I remain addicted to Ambrose Akinmusire’s Origami Harvest and the M-150 handled its delicacy, bombast, and beauty convincingly, grippingly well. IDLES harder core Joy as an Act of Resistance had plenty of grunt and bite while the M.A.R.S correction kept things tight and focused (you can defeat the M.A.R.S filter if you want to hear how much worse your music sounds without it). Nick Cave’s Distant Sky (vinyl), Giusto Pio’s Motore Immobile (vinyl), the eerie soundtrack to the wonderful short film La Jetée (vinyl), Demdike Stare’s Passion (pictured), Talk Talk Spirit of Eden, The , and on and on all played out from first track to last. 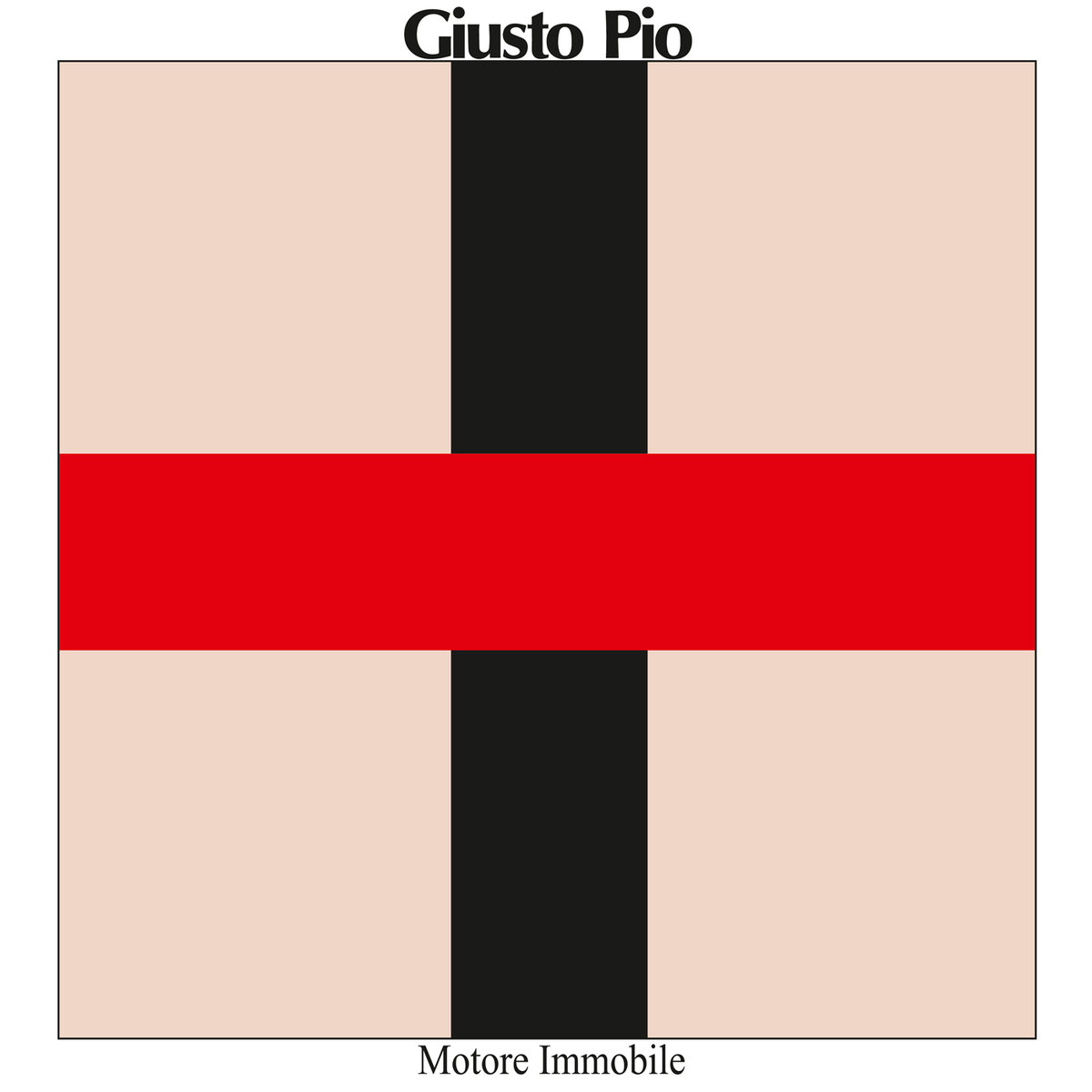 The M-150s MC phono input allowed me to connect my Well Tempered Amadeaus/Denon 103 directly, i.e. no step-up required, and I was greeted with analog’s more wholesome sound. Say what you will about playing records and all its supposed faults, vinyl can deliver a fuller-sounding presentation as compared to digital especially on intimate, nuanced time sensitive material like acoustic John Lee Hooker and Bob Marley. It’s been my experience that most digital leaves something out of this music. I’ll call it, its soul. 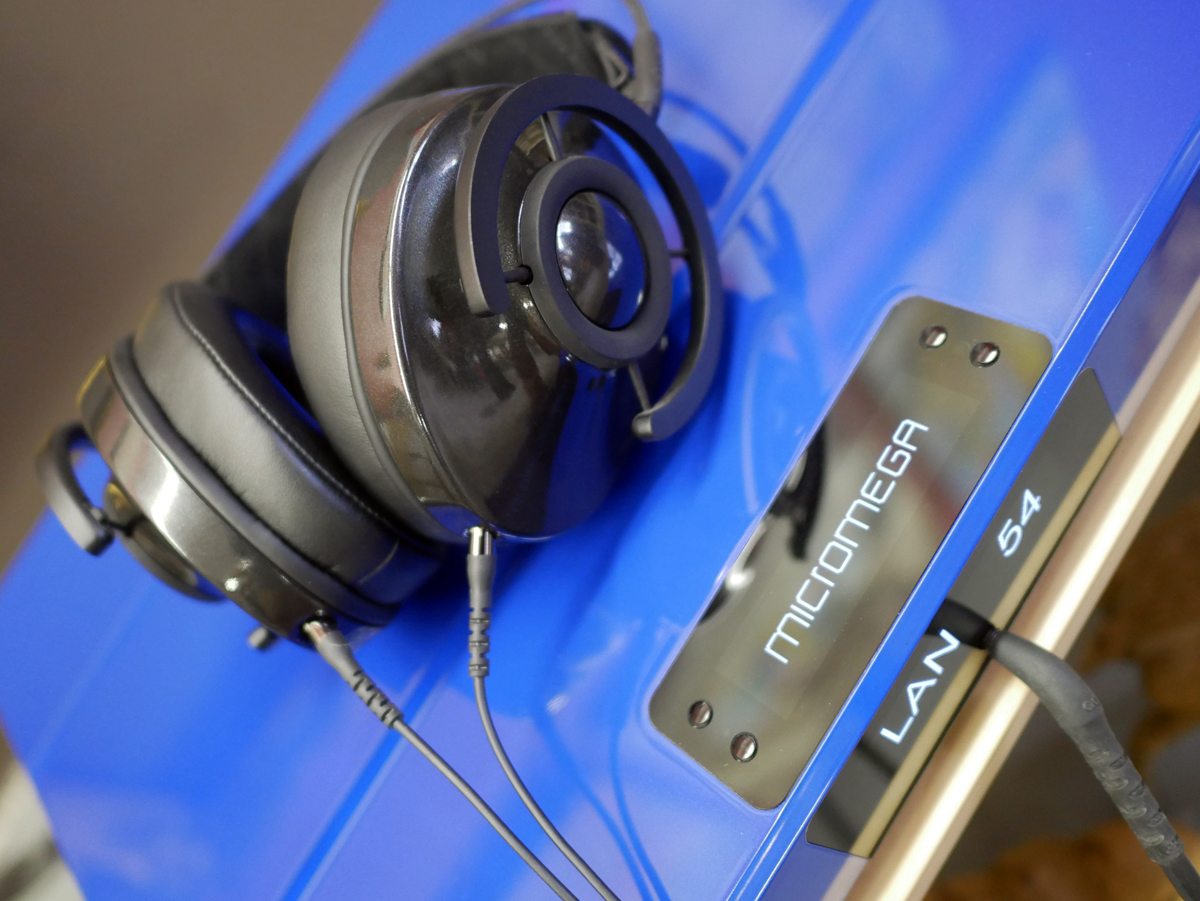 For those personal listening moments, I leashed my trusty AudioQuest NightOwls to the M-150’s front-mounted 3.5mm mini-jack and spent some time, not a lot because headphones just ain’t my bag and there’s usually no one else in the barn to bother, listening. The M-150 certainly controlled the NightOwls and the combo made beautiful music together. I was on a Coltrane train and Blue Train (24/192) made for a perfect pairing of gear to music to enjoyment ratio.

Over a period of months I played with and listened to the M-150 while comparing/contrasting it to the previously reviewed Ayre EX-8, which offers similar functionality playback-wise, the Ayre does offer DSP, and when push comes to shove I felt the Ayre had an edge over the M-150 in terms of sonic sweetness. The EX-8 imbued music with more body albeit with a slightly looser grip especially down low, but I nonetheless found the Ayre to draw me into my music more intimately. That being said, I don’t think anyone looking at a Micromega M-Series is going to ignore its features, form, and function for incremental shifts in sound. But I might be wrong.

Compared to my hifi, the Leben CS600/dCS Network Bridge/totaldac d1-7, the last costing a multiple of the M-150 all by its lonesome, the M-150 sounds a bit threadbare, less tonally saturated, less full-bodied, and less nuanced. Please make sure you put this comparison in the “so what” category seeing as people shopping for a horse rarely buy a motorcycle instead.

“Comparison is the death of joy.” ― Mark Twain

We tend to lose sight of the experience for the sound when it comes to hifi reviews. I have to tell you, there’s much more than sound and its quality that keeps me loving this wonderful hifi hobby. The Micromega M-150 embodies so many of the things I care about when it comes to buying a thing—it is a work of industrial art/design (as opposed to the parts-in-a-box approach which I am opposed to)—that it comes up being a very well-balanced design in every way (except that app). It may sound like I’m downplaying how it sounds but I’m not.

The Micromega M-150 is one fine sounding fine looking all-in-one piece of kit. Attach your speakers, an Ethernet cable, ICs from you ‘table, your TV via Toslink, plug it in and you are off to the races. We’re talking about a one-box hifi that delivers on the promise of all-in-one without short-changing any aspect of reproduction or appearance. Add in M.A.R.S., especially if you have a difficult room (who doesn’t?), and the entire package is hard to beat.

If you’re looking for a one-box shop for your music playing needs but don’t want to skimp on anything inside or out, add a Micromega M-series to your shopping list. Don’t forget to bring your swatches.

1. If you’ve never seen a Chiclet:

2. Micromega will be adding Roon and Qobuz support in the near future.