Sterling Walter Hayden was born in Upper Montclair, NJ in 1916, about 6 miles from where I was born which is why we look so much alike.

Of course we look nothing alike and Sterling Hayden is one of the men I saw in films as a young lad and thought — now that’s a man. A decorated marine and intelligence office during WWII, actor, author, and sailor, Hayden was also a bit off his nut.

“I’d had it”, he said. “One way or another, I felt that I had sold out – or failed – at almost everything in my whole life. It was either turn things around or hang myself.”

So Hayden took his four children and sailed to Tahiti, defying a court order following a divorce. He also professed a real hatred for being an actor and considered himself a sailor and writer:

Why did you never write? Why, instead, did you grovel along, through the endless months and years, as a motion‑picture actor? What held you to it, to something you so vehemently professed to despise? Could it be that you secretly liked it—that the big dough and the big house and the high life meant more than the aura you spun for those around you to see?

“Hayden’s wild”, they said. “He’s kind of nuts — but you’ve got to hand it to him. He doesn’t give a damn about the loot or the stardom or things like that — something to do with his seafaring, or maybe what he went through in the war . . .”

Talking about his return to Hollywood in the 1970s after living on a canal barge in the Netherlands and Paris:

“I’ll go back to Hollywood to pick up a dollar, but that’s all”, he said. “Everything is wrong with that city.”

Hayden brought his feisty unsettled character to many films. Here are five favorites.

Directed by John Huston and his painter’s eye, The Asphalt Jungle is classic noir. Hayden plays Dix Handley (great name!), a big lug who just wants to get back home, who joins a gang for a jewelry heist to pay for the trip. Crime doesn’t pay, punishment follows. Also starring Marilyn Monroe in one of her earliest film appearances.

I am not a fan of Westerns, never was, with a few notable exceptions. Directed by Nicholas Ray and his unique eye, Hayden is “Johnny Guitar”, aka ex-gunslinger Johnny Logan and ex-lover of Joan Crawford a saloonkeeper who, together with the Dancin’ Kid and his gang (great names!) wrestle with love and hate and passion and crime and killing.

Stanley Kubrick’s The Killing was written by Kubrick and Jim Thompson so we’re talking noir cubed. Career criminal Hayden as Johnny Clay is going to pull off one last heist, there’s always one last one heist — the big one, before settling down. Things go right then oh so wrong.

Dr. Strangelove or: How I Learned to Stop Worrying and Love the Bomb (1964)

Stanley Kubrick taps Hayden’s larger-than-rational machismo once again in one of the greatest films of all time. Cigar-chomping Hayden is Brig. Gen. Jack D. Ripper, It’s incredibly obvious, isn’t it? A foreign substance is introduced into our precious bodily fluids, without the knowledge of the individual, certainly without any choice. That’s the way your hard-core Commie works. Peter Sellers plays three parts and as President Merkin Muffley famously exclaims, Gentlemen, you can’t fight in here! This is the War Room!, and as ex-Nazi scientist Dr. Strangelove, Of course, the whole point of a Doomsday machine is lost if you keep it a secret!, while Slim Pickens, Well, boys, this is it. Nuclearcombat, toe to toe with the Rooskies, and George C. Scott, Mr. President, I’m not saying we wouldn’t get our hair mussed. But I do say no more than ten to twenty million killed, tops. Uh, depending on the breaks, add to the manly madness. This film used to be considered a satire.

Written and directed by William Richert, Winter Kills is a re-telling yet fictionalized account of the conspiracy theories surrounding JFK’s assassination. Starring Jeff Bridges, John Huston, Anthony Perkins, Eli Wallach, Richard Boone, Toshirō Mifune, Sterling Hayden, Dorothy Malone, Belinda Bauer, Ralph Meeker, Elizabeth Taylor, Berry Berenson and Susan Walden. Whew! Hayden portrays Z.K. Dawson, one of the wealthiest men in the US who first appears on screen in a tank, Why should I kill your brother when I’m getting rich off him? Off his military spending, his space spending, his tax reduction and his – his crisis spending? Another film that used to be considered a satire. 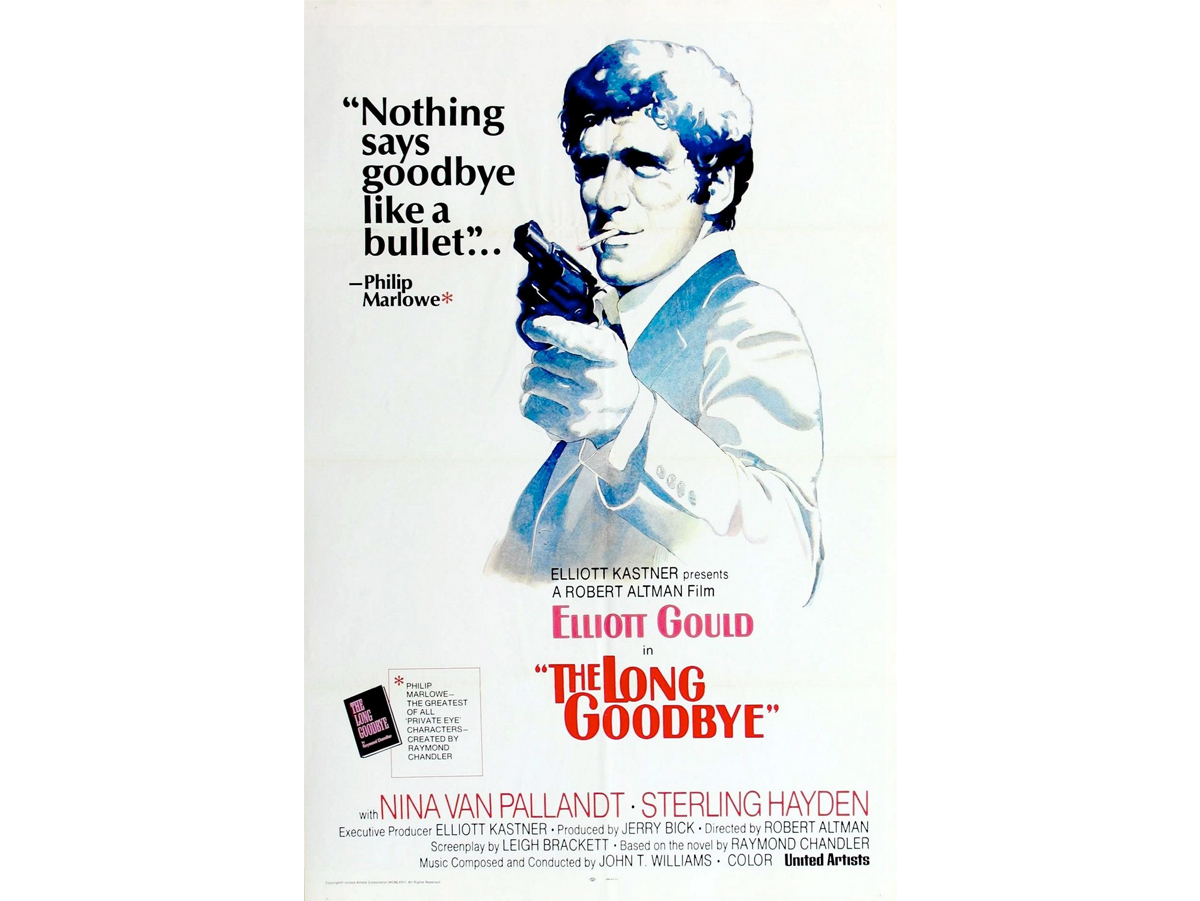 I have to add my favorite Hayden role as Roger Wade in Robert Altman’s The Long Goodbye, which I included in Movies That Don’t Suck: 60s and 70s Spy And Crime Films.