After Axpona ended at 4:00PM on Sunday, I went to the hotel bar to say my farewells. I arrived at 4:45 because I spent some extra time listening to music with Michael Vamos and talking to friends along the way including my former boss, Keith Pray. If you don’t know Keith, or only know him in passing, I can tell you he is one kind, caring human being. A relatively rare commodity in my experience.

At around 5:30, I headed into Chicago proper to see and hear Aldous Harding perform at The Empty Bottle. Before leaving the venue bar, the bartender was kind enough to steer me to Kuma’s Corner on Belmont, “Don’t go to the new one.”

After eating one of the best burgers evah, and being treated to music you’ll never hear at a hifi show, I headed to The Empty Bottle. 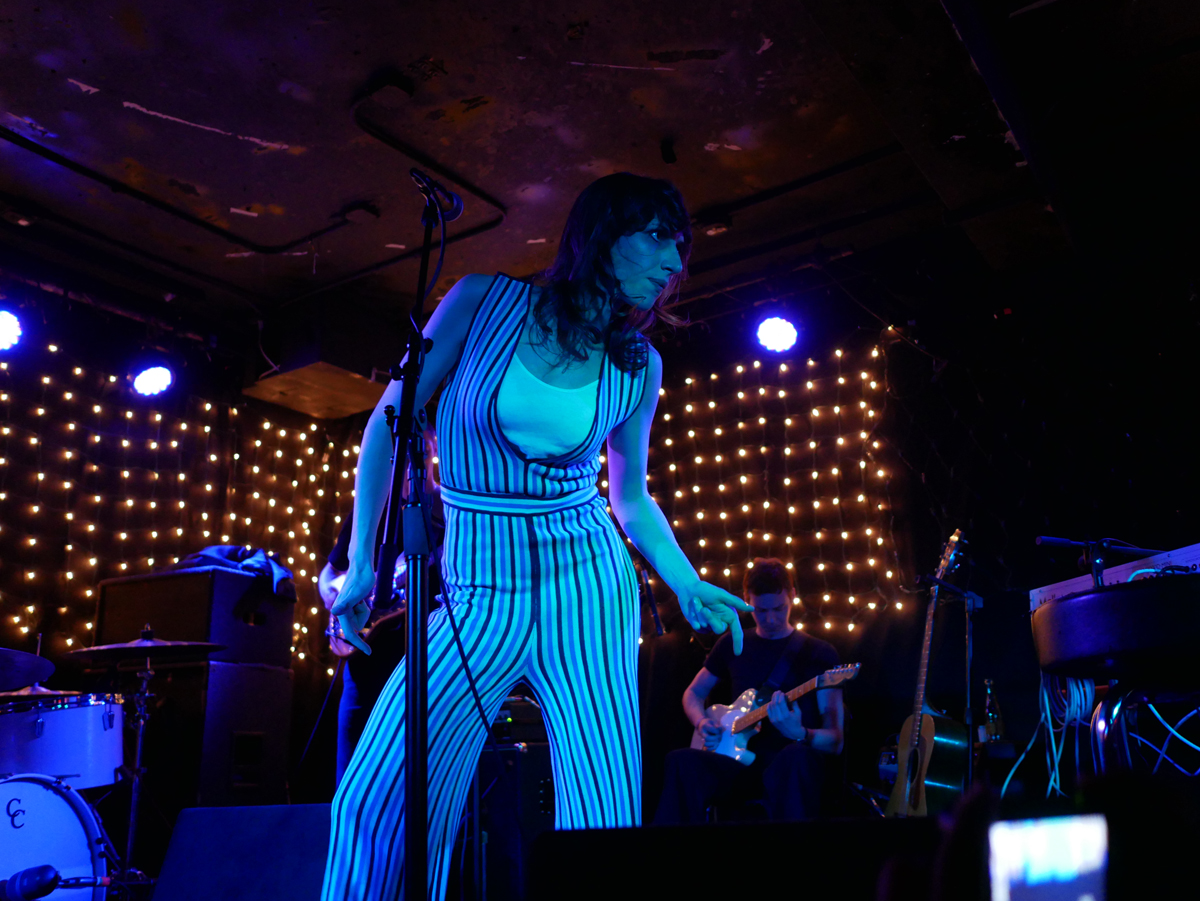 To say that Aldous Harding is a performer, is like saying PT Barnum was a salesman. Moving with studied purposefully awkward moves, like a mix of introspection, hope, and pain, Ms. Harding captured the audience and held our attention until the lights came on. It lasted longer for me.

One thing I hadn’t really picked up on from listening to her record Party from 2017 was how important the beat is to her music. After seeing her perform, it’s the beat that appears to get things moving, beginning with her body, after which, within seconds, her face begins to take the form of the mood of the upcoming lyrics as if words have shapes. It’s like watching a gymnastic ballet dancer opera singer ventriloquist warm up. Only better.

We were treated to mostly new songs from her new record Designer, on 4AD, which will hit the shelves on April 26. You can pre-order from 4AD today. I did. The Deluxe vinyl version.

While I love, love love love Party, I am more taken with the new music but it’s not really a fair fight because I had the pleasure, the great pleasure, of seeing the new songs. The eyes have it.

Ms. Harding played one song that is so new “It’s not anywhere” which included beginning the beat with stick on coffee mug. Tick, tick, tick. Her look seems to ask, “Are you ready?”

All that to say, if you don’t know the music of Aldous Harding, you owe it to yourself to get familiar. She’s a treasure of the first degree and I’m afraid the days of seeing her perform in a small Chicago club are coming to an end.