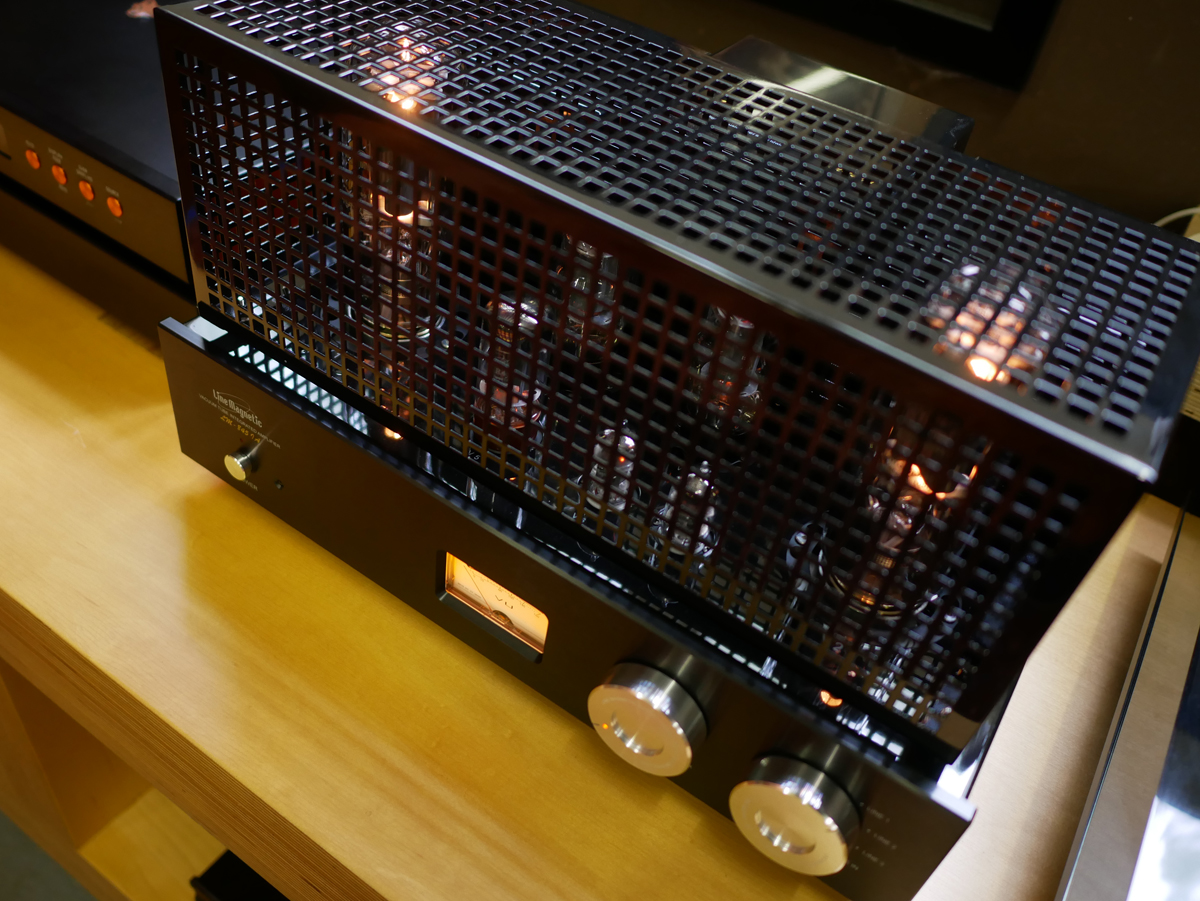 The Line Magnetic LM-845iA Integrated Amplifier ($4895) is a point-point-point wired pure Class-A monster of an amplifier using a pair of 845 triode output tubes generating a whopping 22wpc of single-ended output power. Woof! The supplied tube cage is not just for looks, it’s for protection. Yours.

The LM-845iA offers three line level inputs (RCA), a Pre In if you want to use your own preamplifier, and 4 ohm, 8 ohm, and 16 ohm speaker terminals. The full tube compliment consists of Line Magnetic-branded 2x 12AX7 input tubes, 1x 5AR4 rectifier, and 2x 6P3P driver tubes driving the 845 triode output tubes. Quality parts abound within including Realcap capacitors and an ALPS potentiometer and those honking transformers add to the unit’s hulking 77lbs. The LM-845iA is built like the proverbial tank and covered in a lovely glossy black skin. All of which makes its asking price seem like something of a bargain — if it can talk the talk. 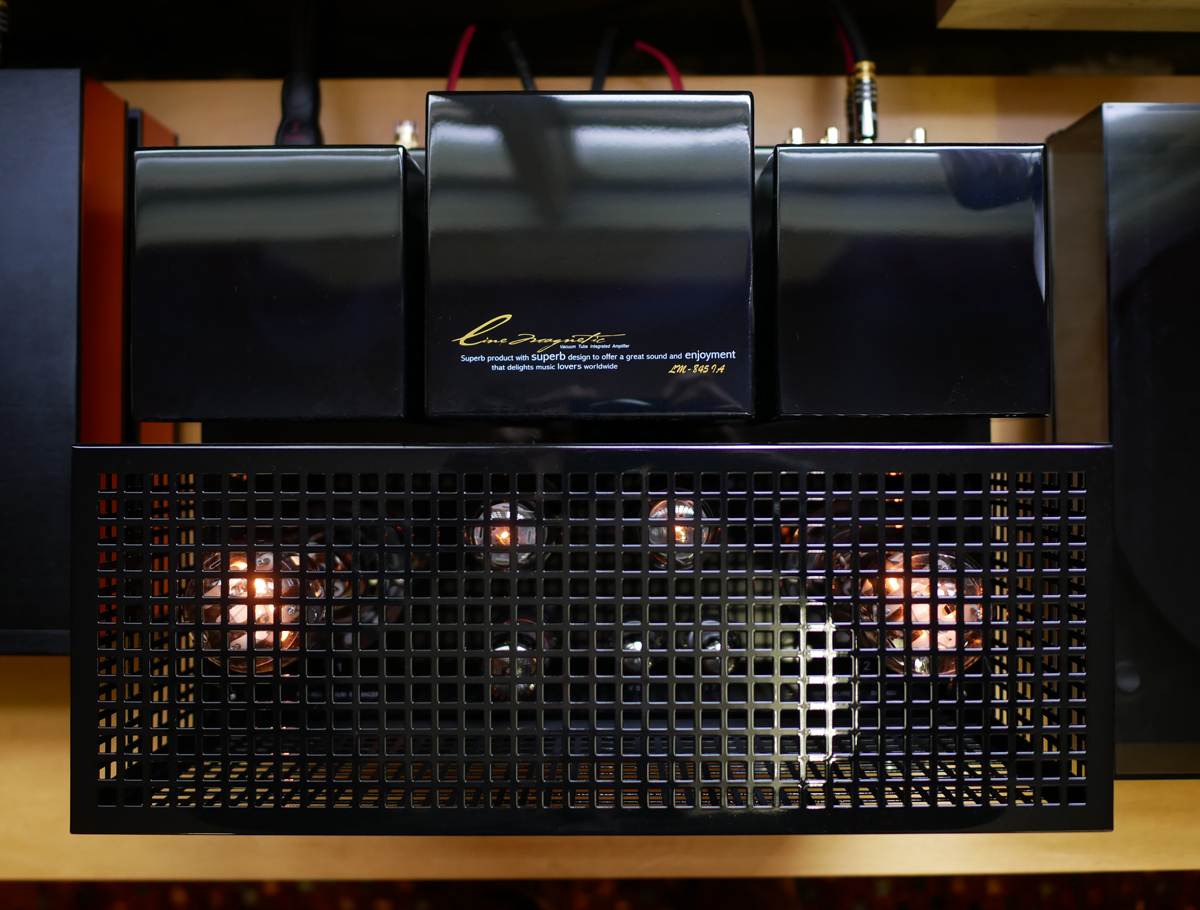 The top plate houses two screws on each side for adjusting bias and cancelling hum for the 845s (so far this amp is quieter than the Barn mice without any adjustment). The front panel houses the on/off button, that lovely orange-ish backlit VU Meter that comes into play when adjusting bias, and a pair of silver dials, one for volume with an embedded orange LED that blinks during the Slow Start process and when the unit is muted, and the other selects from among the three inputs. A black aluminum remote offers volume buttons, up and down, and a mute button. 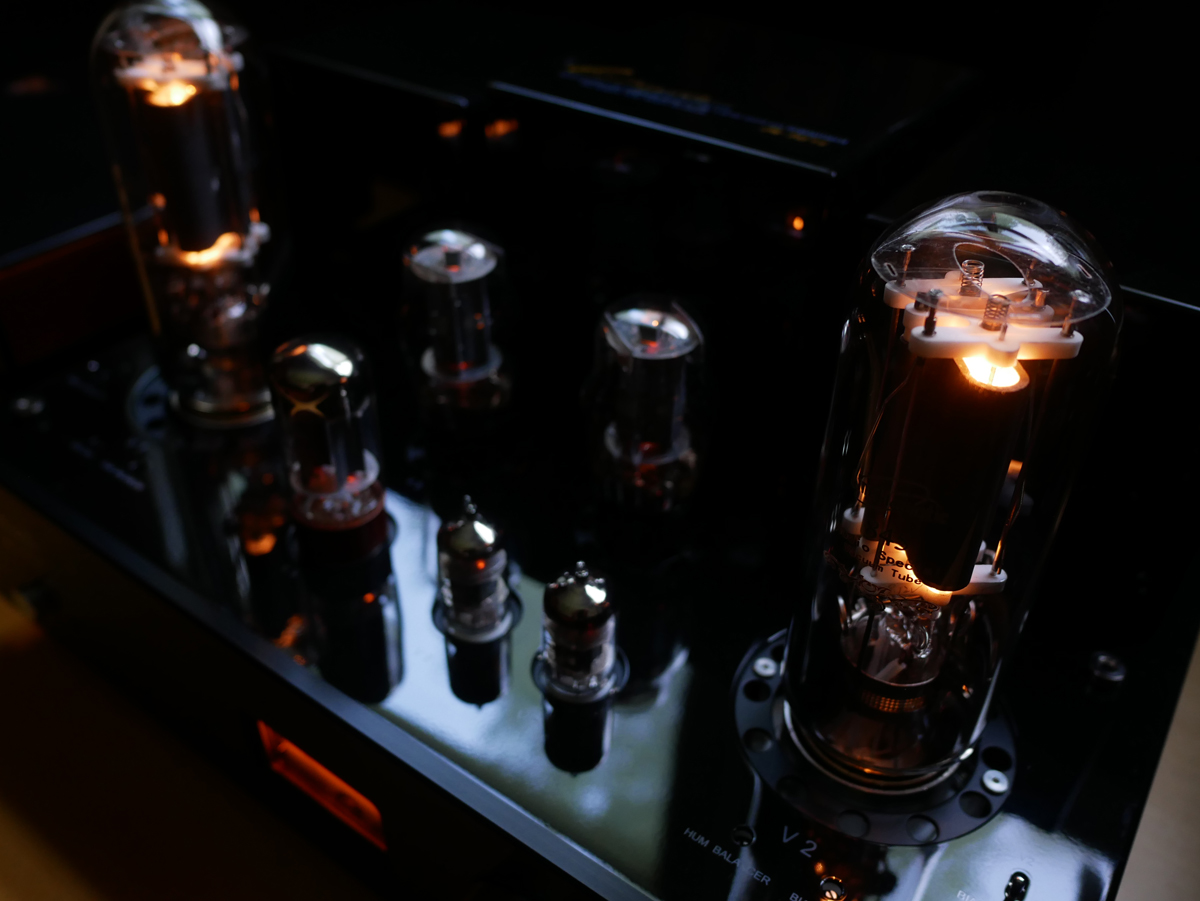 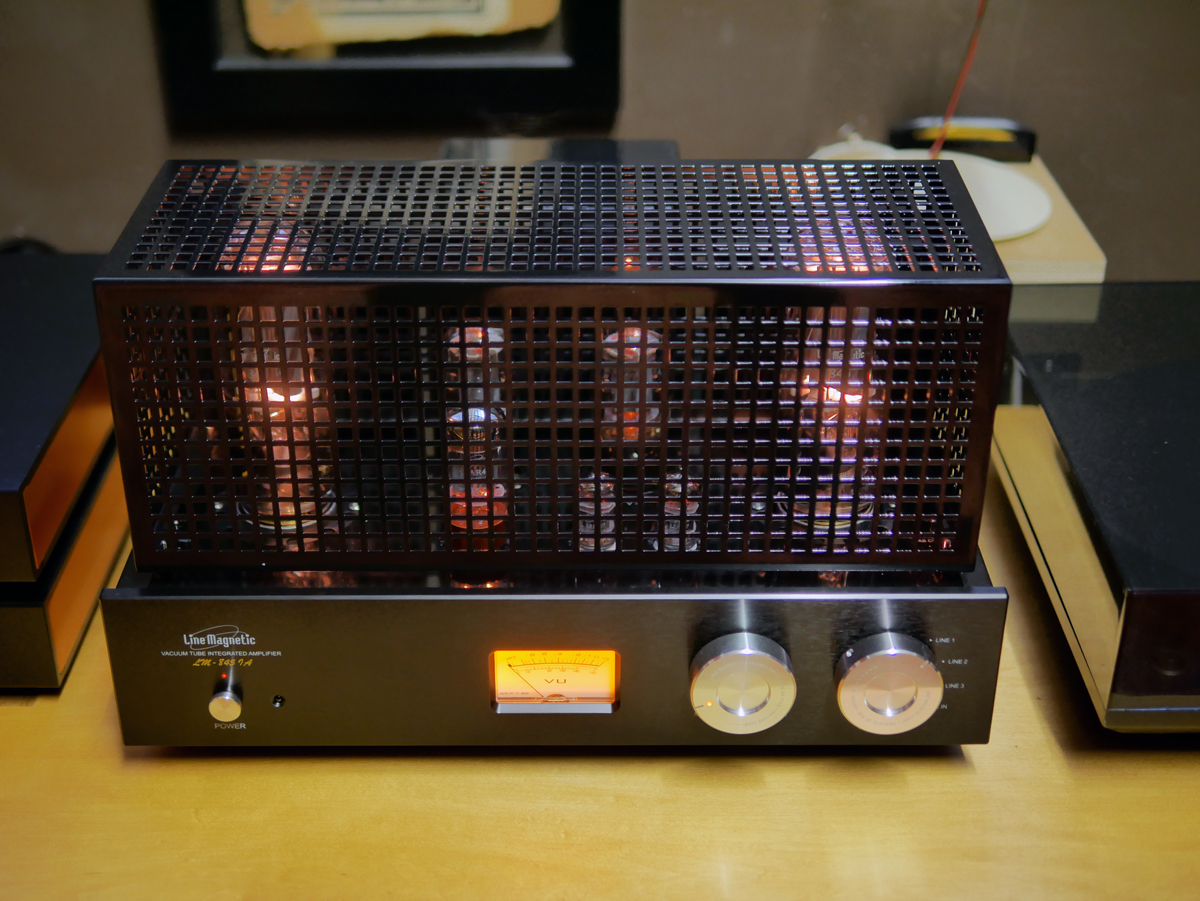 Tone Imports is the US Distributor for Line Magnetic Audio