I was commuting into Brooklyn on my way to work on September 11, 2001. Our train stopped about 250′ shy of the Hoboken station, which was not an unusual occurrence. I buried my head back into my book, Haruki Murakami’s Hard-Boiled Wonderland and the End of the World, but my reading was interrupted when a man in our car yelled out, “A plane just hit the tower!”

People rarely if ever yell on a NJ transit train so everyone’s head popped up as the man repeated, “A plane just hit the tower!” I looked out the window and saw white smoke coming from the South Tower. My thought was some inexperienced pilot in a Cesna. Our train made its way into the station and I made my way to the PATH entrance. I got about half way down the stairs when I thought it might be better to avoid coming up from underground into the World Trade Center. I didn’t think too much about why, just that the ferry made more sense.

The ferry terminal in Hoboken stood directly across the Hudson from the Trade Center. As I waiting for a ferry to arrive, I could see more smoke coming from both towers and I decided, without thinking, that I should just go back home. Cell phones were not working and no one in the Hoboken station knew what was happening. A few circles of peoples were forming on the platforms, talking about, guessing about, what was going on.

My train home was departing within minutes so I climbed aboard and took a seat. Just before we left, a woman got into our car, sat down, and started weeping while trying to talk but her breath, from the violence of her cries, made it difficult to understand what she was saying. I was only able to understand, “I saw them” and “they were falling”, which at the time made no sense. A conductor sat with her and comforted her and she became quiet.

As the train left the Hoboken Station, passengers began quietly talking to each about what had happened. The man next to me was an architect and explained how difficult it was going to be to repair the damage, which he also imagined came from a small plane. Some moments later, his cell phone rang. This was odd because many people had tried to make calls, as did I, but no one was able to get a signal.

It was his wife. “Yes, honey, I’m fine. I’m on the train coming back home. The Pentagon? What do you mean the Pentagon…” His voice rising as he repeated the words. The call dropped. As he re-told me, in near disbelief, what his wife told him, other passengers gathered around to ask questions. He told us that his wife said “The Pentagon had been hit.” This news, these words changed everything. A few people commented, a few people asked questions they knew no one there could answer, and everyone eventually went back to their seats in silence.

As I drove west on Rt 280, I could see the smoke billowing from the towers. Moments later I heard a reporter on the radio say that the tower fell, which I interpreted as meaning some part of the building had fallen off. When I got home on that remarkably clear day, I immediately turned on the TV news and saw what was happening. My wife and daughters were out and safe, so my first thoughts went out to the friends and former colleagues who worked in the Towers and the surrounding buildings.

It took days before we learned that most people were safe. Harry Raines, who worked for Cantor Fitzgerald was on the floor of impact. 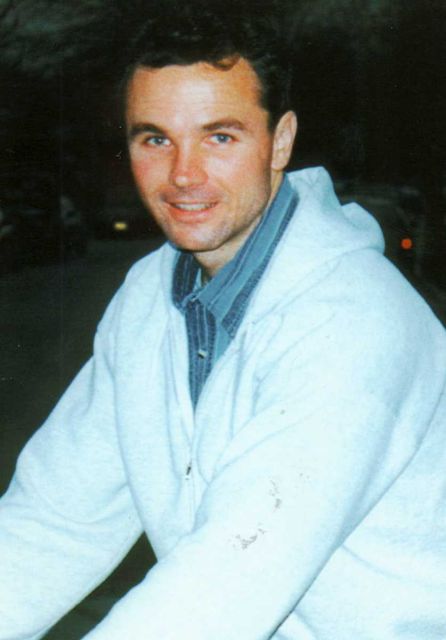 I had the pleasure of working with Harry for a number of years at JP Morgan. We were consultants. Harry was one of the most honest, hard-working, and kindest people I’ve ever had the pleasure to know. He was different in these ways from the frat-like atmosphere of that place and I very much enjoyed his company in and out of work.

Rich and I, Rich was another former co-worker, drove out together to Long Island for Harry’s service. Harry was married with three children who meant the world to him but what Rich and I did not remember as we entered the funeral parlor and were greeted by “Harry” was that he had an identical twin brother. Mark remembered us and recognized our reaction to seeing him. We apologized but Mark was very gracious, just like his brother, and said he understood.  He explained that the daytime service had been much more difficult because many of Harry’s more recent co-workers who came for the service never knew about Mark.

These people immediately embraced Mark, thinking he was Harry, and that the entire thing had been a mistake.

Once again, life had a lesson to teach me: It takes years to build up, it takes moments to destroy.” ― Haruki Murakami, Hard-Boiled Wonderland and the End of the World