When it comes to picking pieces for my system, I like to take my time.

For some people, taking a gander at a spec sheet and independent measurements gets them nearly there or in extreme cases, all the way to a purchase. Done. While I can appreciate this approach, it’s about as foreign to my interests in hifi as using the golden ratio as the sole determinant to pick out the art to hang on my walls.

With this approach, I wouldn’t have to be concerned with any other attributes of the art in question—like who made it, when it was made, or its subject matter. As long as the art followed the golden ratio in terms of composition and the work’s overall dimensions fit the wall space I wanted to fill, done! Maybe throw in a color scheme to match the curtains. And if budget was a concern, when isn’t it?, I could rest easy knowing that my art—regardless of price—was as good, or better, than anyone else’s because it met my golden ratio standard. Suckers.

Every piece of hifi that resides in my system tells a story. Most of these stories involve the people behind the product, its place in hifi history, and an overall aesthetic that informs not only design but appearance. Just like the art that speaks to me, all of these things matter infinitely more than some crass notion of what is, in reality, an ineffectual ‘objective’ standard.

The Leben CS600 Integrated Amplifier was my 2018 Product of the Year:

In production since 2005, the Leben CS600 ($6500) is a living lovable classic that transcends topology and time. It can drive a wide array of rationally-designed speakers to musical heights like no other amplifier I’ve had or heard. In the land of hifi, and I mean deep into the weeds and woods, a $6500 integrated amplifier is not even close to being in the expensive category. Of course in the real world, $6500 is a lot of money but hobbyists do not operate in the real world when hobbying.

I owned the Leben CS600 back in 2018 and lived with it and loved it for a few years (I also owned a Leben CS300XS before that). When life intervened putting my hifi professional life on hold, the Leben left along with most every other piece of my hifi.

So when it came time to add a permanent resident to my new system, I kept going back to Leben.

The Leben CS600 may get overlooked in the grand scheme of hifi these days precisely because it has been in production since 2005. Which is odd because this is a good thing. But hifi thinking asks—how in the world (of hifi) can something old be good? Isn’t new better? Isn’t that why we have Products of the Year? To feed the notion that amnesia makes perfect sense when shopping for a hifi? 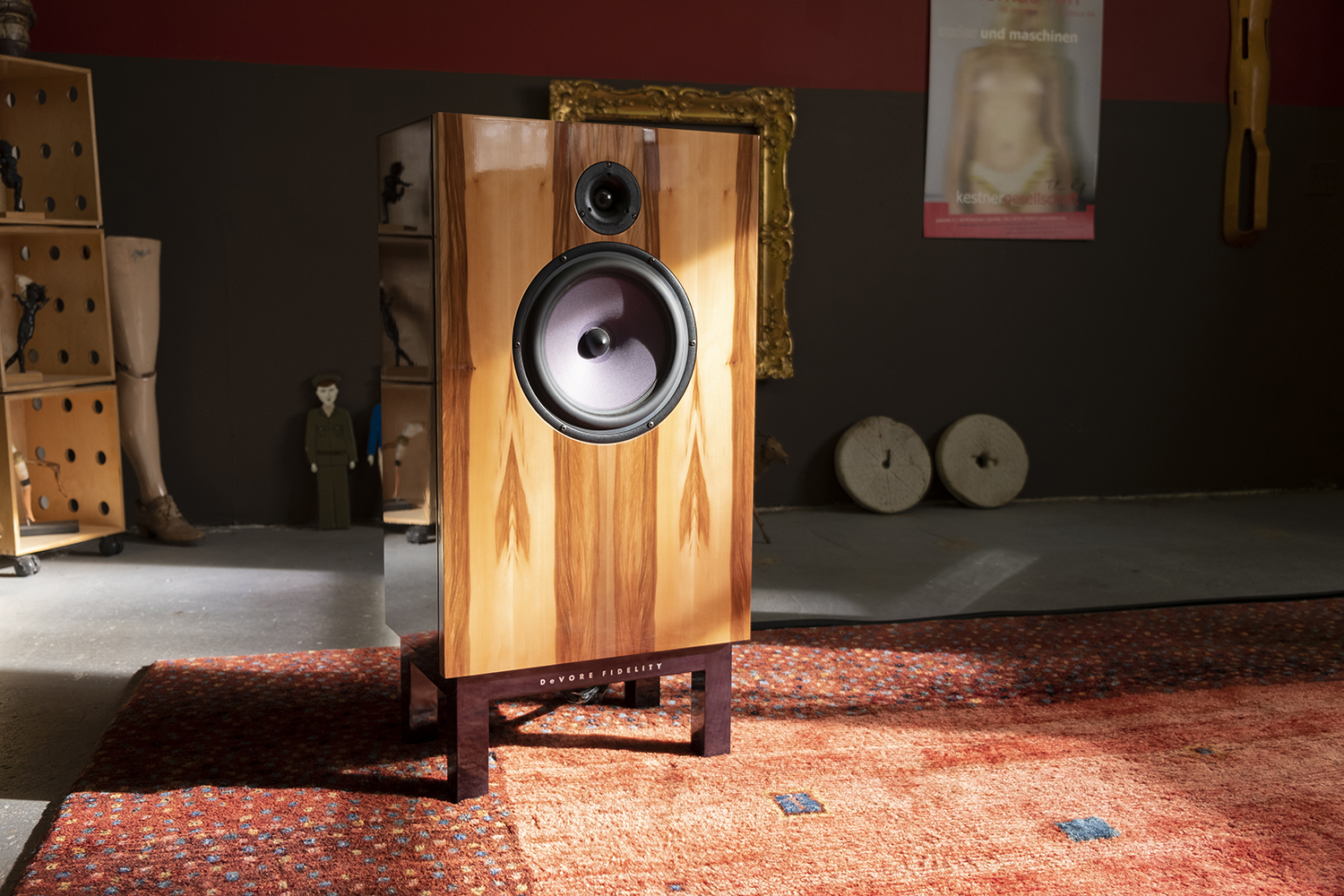 My speakers, the DeVore Fidelity O/96, first showed up on the hifi scene in 2011 [footnote 1] and I’ve been living with speakers from DeVore since 2005. The O/96 check every box on my story list and then some—I first spoke to DeVore on the phone in the 2000s to ask if his gibbon Super 8s, which I eventually owned, would work with a 300B-based integrated amp—and the O/96’s performance suits my taste perfectly.

Some years ago, I was hanging out in the depths of the abbey of Mont Saint-Michel. I found myself alone in a cool, moist, dimly lit, vaulted, stone-walled room. In that monk-quiet space I thought, This is one of those moments. I could have been a monk. It could have been the eighth century. I was feeling at one with my Levi’s when two couples wandered in and began to walk single file, very slowly, around and around the perimeter of the room, putting more and more distance between them as they circled. My first thought was, My moment is ruined. My second thought was, What the hell are they doing?

One of them began to chant. Another joined in, and then another, until all four were performing the most beautiful medieval melismas I had ever heard. As they continued to slowly circle, their voices bounced around the room, blurring the distinction between voices and echoes. I was swept away, out of that room, out of Mont Saint-Michel, out of France, out of time, out of my Levi’s, out of myself.

There was nothing to know about that experience. There was only something felt. I can still recall that feeling deep down in my bones.

One story my system tells is I’m not a flavor-of-the-month kinda guy. And I’m not done building it, yet. Stay tuned for a few more (important) pieces in the not-too-distant future.