Truth be told, I did not spend as much time at CANJAM as I’d planned, best laid plans etc. I did spend enough time to soak in the hustle and bustle and good cheer that has become a hallmark of headphone enthusiasts. The crowd was mixed in every way, people were having fun, conversation was lively, and there was plenty of intent listening going on everywhere. Bravo!

As you can see from my previous post, I ran into my friend Herb Reichert who was covering the show for InnerFidelity. I recommend keeping an eye out for Herb’s coverage as I’m sure there will be some treats to find. 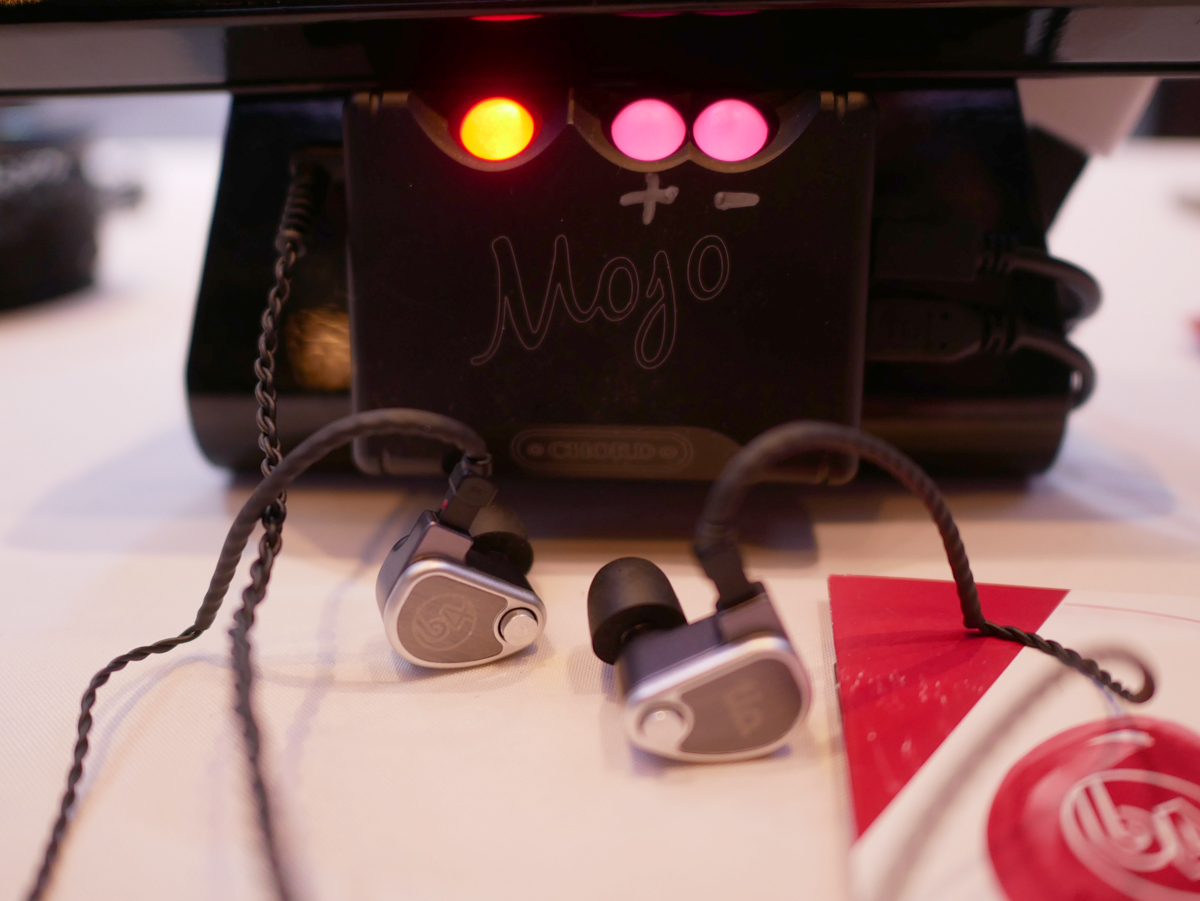 My friend and soon-to-be Twittering Machines contributor Alex Halberstadt pointed me to the 64 Audio table where I listened to their tia Trió ($2299) IEM which the company describes as “The perfect balance between reference quality sound and personal entertainment.” I love being entertained and the Chord Mojo (see review) did a wonderful job delivering fun-filled sound to the Trió which entertained me with reference quality sound. That sounds familiar?

The Focal booth was always jumping during my time at the show and there was a waiting line to hear the new Stellia $2,999 closed-back headphones.

I spent some time with the Stellia’s driven by the Naim Uniti Atom and the sound was fleet-of-foot, lively as all get out, and full-figured.

Here’s one of the tracks I enjoyed. I’ll also add that Roon was the music interface of choice throughout the show which suits my preferences just fine.

Focal’s also-nearly-new Elegia closed-back ‘phones ($899) were on display and like the Stellia they are beautifully built and felt comfortable during my audition.

The first production run of Mytek‘s Brooklyn Bridge streaming DAC/ Preamp ($2995) is now shipping and I hope to have one shipped to the Barn for review. On a side note, I’m putting together an amp/preamp separates system for driving tough-to-drive speakers which will feature a pair of Mytek’s Brooklyn Amps (250W into 8Ohms/each).

Standing on the stand are the new Stax SR-009S Earspeaker ($4325). I admit to having a soft spot for Stax and the SR-009S, driven by their entry level SRM-D10 DAC/Headphone Amp ($899), made for some very sweet seductive music.

Everyone carries a music player these days but some people some of the time don’t use it as such. I snapped these photos in quick succession so it must have been break-time.

For me and my OCD, there was a bit too much hustle, bustle, and noise to get a good take on any of the headphones I auditioned. Remember, I live and listen down a private dirt road in the sticks so I’m used to near silence as the order of the day. Between conversations and music bleeding out from other listener’s ‘phones in close proximity, it was often difficult to stay focused on what was playing in my ears. If I could spend more time with any of the Earspeakers I spent some time with, it would be the Stax.

That being said, I enjoyed my time at CANJAM NYC 2019 and congratulate the CANJAM crew for another fine and well-attended show.