The Melco N50-S38 Music Library is more than a place to park your music library.

As you know, I’m a Roon user and have come to rely on Roon Radio as a major source of music discovery, which is a major factor in my ongoing hifi enjoyment. If I was forced to listen to the same music over and over, I’d listen through the speakers in my iPhone.

The Melco N50-S38 is Roon Ready, meaning it can act as a Roon End Point, i.e. streamer. You might be thinking something like, “But the N50-S38 has nearly 4TB of internal SSD storage so doesn’t it run Roon Core making it a server?” The short answer is no, the N50 does not run Roon Core so if you’re running Roon, you’ll need a separate computer for Roon Core. If you store your music library on the Melco, it becomes your music library, a kinda NAS (Network Attached Storage), thus the name.

The N50 is also a UPnP/DLNA server so you can use a third-party control app for music playback or run with Melco’s own Music HD app (only available for iPad) that includes Tidal, Qobuz, and iTuner support, or use the browser-based interface. Choice is good.

But the Melco N50-S38 isn’t done yet. Around back, along with an Ethernet LAN input, there’s another Ethernet port labelled “Player” that’s meant to connect to your streamer/network audio player of choice and  — hang on to your multi-function hats — a USB DAC port to send your N50-housed music directly to a USB DAC (or DDC or reclocker), which is where Roon Ready comes in. There are also three USB Type-A ports for USB storage (1x for music playback/CD drive, 1x for adding external storage, and 1x for USB backup).

The N50-S38’s front panel houses an on/off switch, another USB port to connect a USB hard drive or optical drive for music playback, a display, and four control buttons to navigate the setup and function menus. 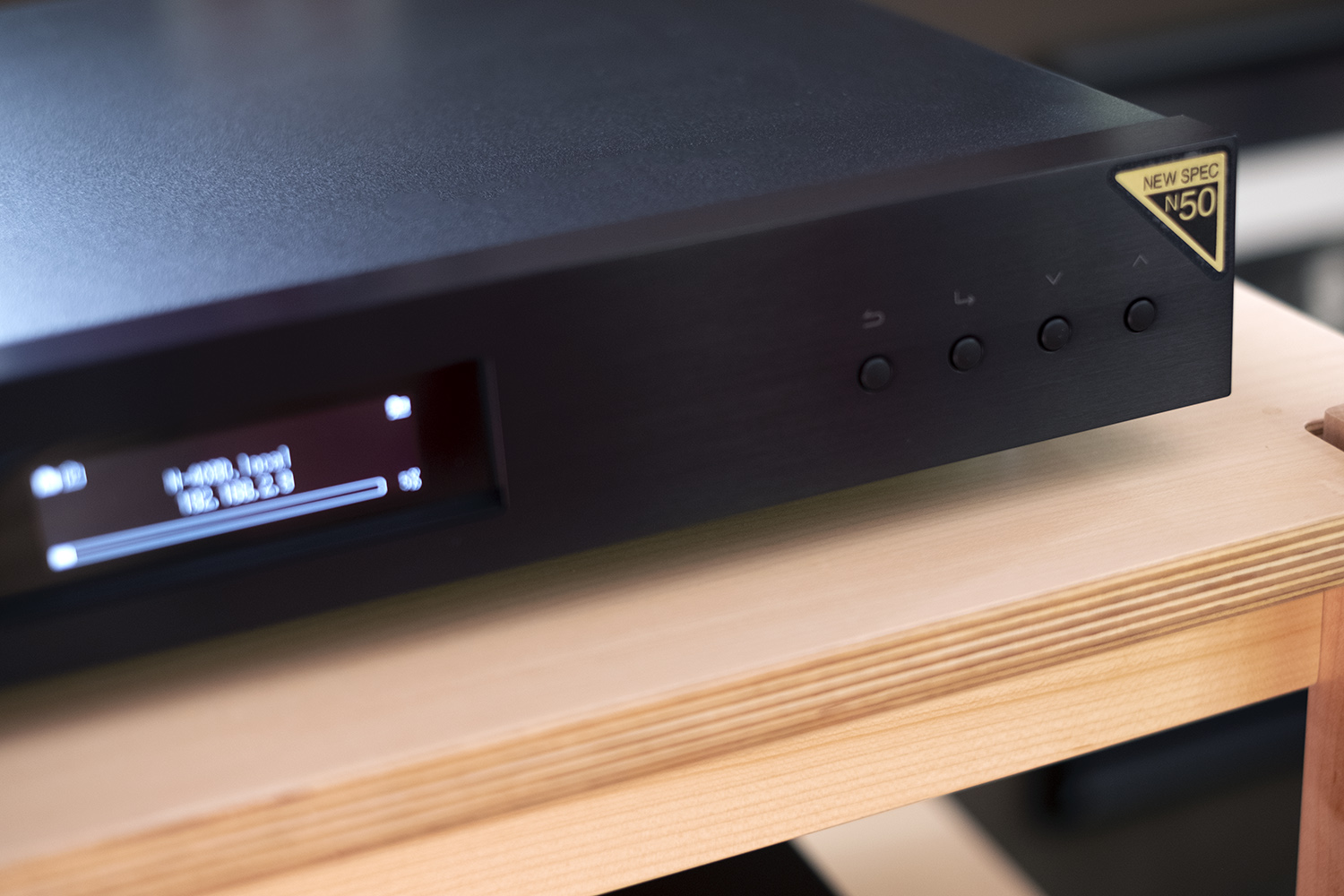 I’m going to load up my music library from a portable USB drive (backup) and work my way through all of the N50-S38’s ins, outs, and options. Stay tuned!