I didn’t know about Notations when I found it in the Rare Book Room at the Strand Book Store. That said, I didn’t discover Notations any more than a hiker discovers Versailles. But that didn’t stop me from feeling a deep sense of discovery (I’m talking about Notations and Versailles) regardless.

It was roughly 28 some odd years ago and I was becoming immersed in ‘Contemporary Classical Music”. I honestly don’t recall the initial spark but finding John Cage’s book Notations published in 1969 by Something Else Press, Inc. was like finding a treasure map. Filled with page after page of ‘graphic notation’ from Murray Adaskin to Gerd Zacher and 267 more in between, I read, peered at, examined, mined and studied John Cage’s Notations as if it contained the answer to life’s great mysteries. 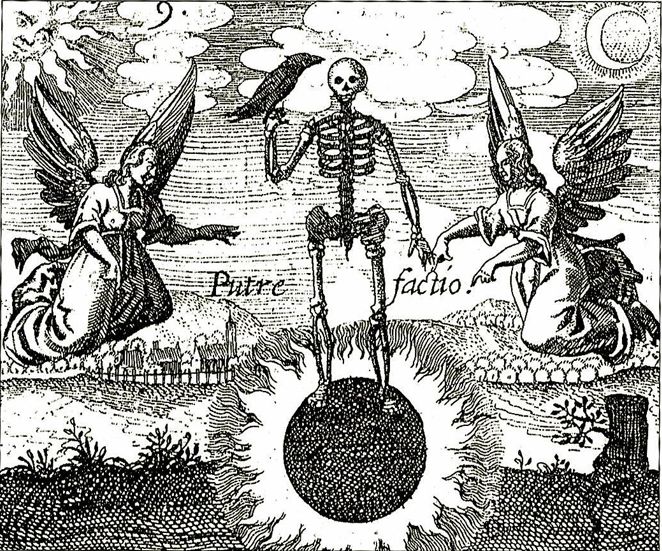 sketch of an image from JD Mylius, Philosophia Reformata (1622)

The act of mark-making for art’s sake as opposed to making words, poems, pictures, maps, directions, schematics, music and scores fascinated me. On a rudimentary level – mark-making – they were exactly the same yet yielded and wielded vastly different outcomes. When these differing worlds collided, I figured I might just find the spark of origin. Something vital, some secret heretofore veiled thing unveiled and transformed. Like alchemy.

I suppose on one level I didn’t and on another I did. Succeed that is. The level of my success being measured purely by enjoyment I’d say my experiment was a grand success. Back then there was no TV in my home – just music, painting, drawing and books. No PC at home, no internet, no Facebook, no Google, no texting, sexting, no cell phones, no laptops. I had a pager for work, a typewriter for typing, books for reading, pencils, erasures, paper, charcoal, pastels, brushes, ink, watercolor, oil paints and oil sticks for mark-making and a corded telephone for talking (my home phone number was listed under a fake name which was free whereas the phone company charged you to be unlisted). 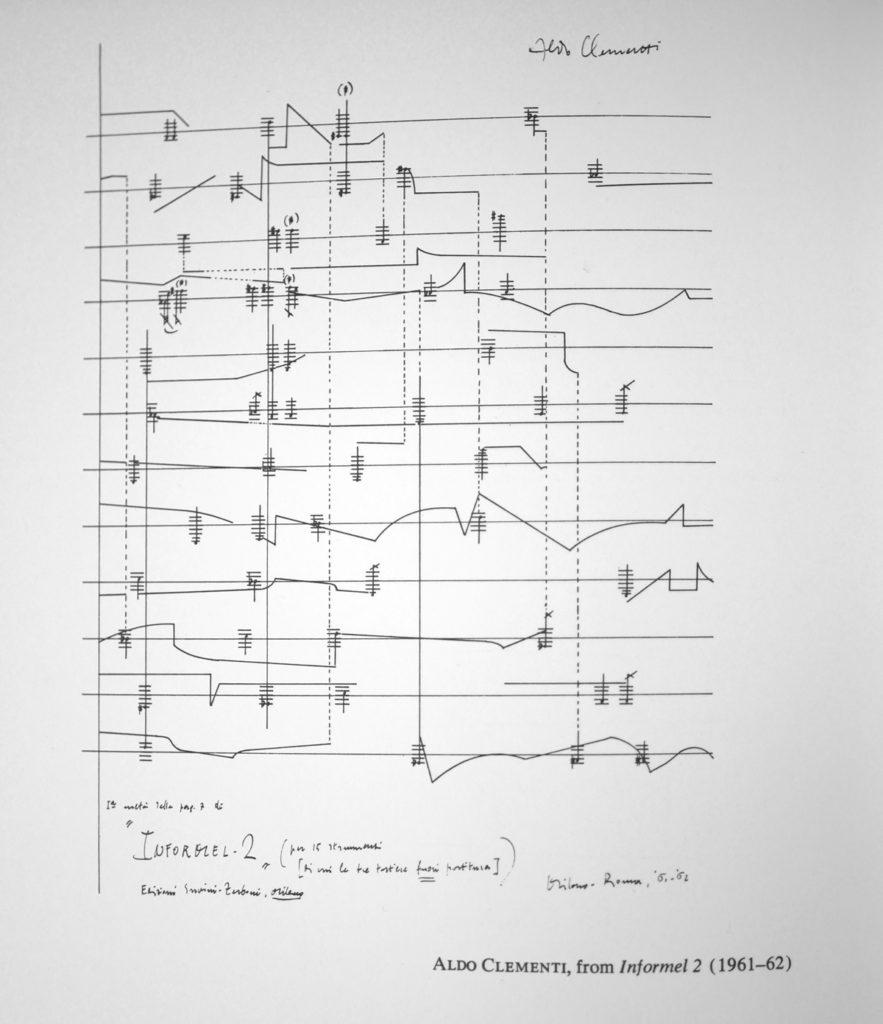 In the preface to Notations John Cage tells us, “This book illustrates a collection of music manuscripts which was made in recent years to benefit the Foundation for Contemporary Performance Arts. The collection was determined by circumstances rather than any process of selection. Thus it shows the many directions in which music notation is now going. The manuscripts are not arranged according to kinds of music, but alphabetically according to the composer’s name. No explanatory information is given.

The text for the book is the result of a process employing the I-Ching chance operations. These determined how many words regarding his work were to be written by or about which of two hundred and sixty nine composers. Where these passages (never more than sixty-four words, sometimes only one) have been especially written for this book, they are preceded by a paragraph sign and followed by the author’s name. ” 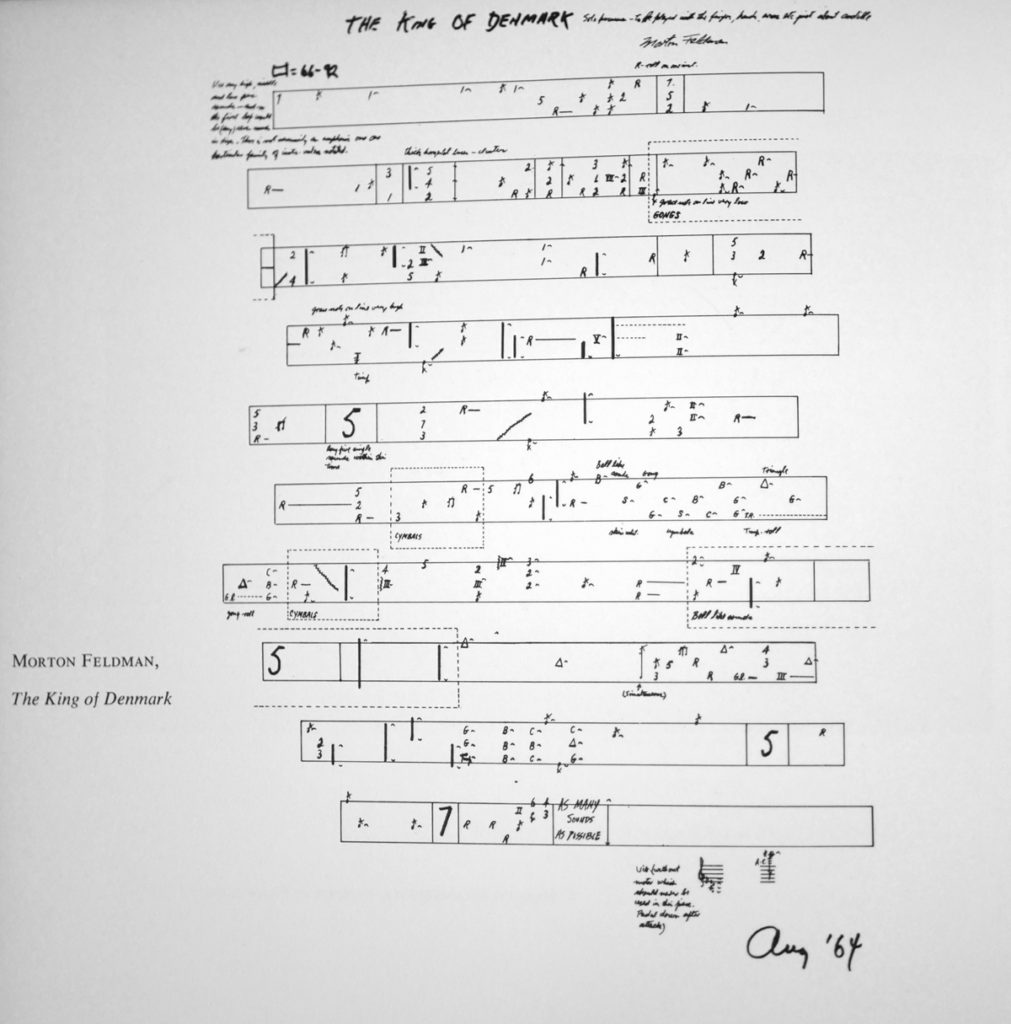 Attention. I used to be able to focus on something for days, weeks, maybe longer. Today I’m lucky if I can pay attention long enough for a page to load. I’m not anti-technology or anti-internet (which should be obvious given the context) but I am growing tired. Tired of flash and optimized page widths for a variety of screen resolutions. Tired of all the access. To seemingly every damn thing. Tired of reading people’s status and what they say they don’t like which has come to be synonymous with whether or not its entertaining.

On the bright side, you can look at the entire text of Notations right now. You can download the whole thing as a PDF and view it at your leisure. I have to warn you, it’s nothing like looking at the book. First off, an image on the screen doesn’t smell and there’s nothing like the smell of a 40+ year-old book. Then there’s the weight of it in your hands or on your lap and the ability to rub your fingers over the type while you lift the page real close. And books don’t emit light which is also nice for a change.

Some of these notations are not meant to be played, others are. All of them are meant to be looked at.

I got so caught up in the idea of studying these graphic compositions, I tried to get some originals. I contacted a few music autograph and manuscript dealers, by looking them up in the phone book, and imagine my surprise at their surprise that someone would actually want one of these things. Pay real money for them. I recall going over to the appointment-only home/gallery/shop of Wurlitzer-Bruck on Riverside Drive and initially feeling more than just a little out of place but then being treated to more knowledge and love of music than I could digest. After looking at hundred-year old hand-drawn music manuscripts and older first edition scores surrounded by art (about music), books (about music), letters (by famous musicians and composers), concert programs (pre-Grinderman) and rare antique instruments, Gene Bruck answered my question – where can I find original graphic notation?  – why not write to some of your favorite composers?

One of the composers I actually found a real address for was George Crumb c/o the University of Pennsylvania where he taught. Within a week or so of sending off my letter, I got this musical quote in return. Lovely. Unfortunately my list of successes is very brief I’d imagine mainly due to my sending most inquiries to the music publisher’s address. I suppose I could try sending Elliot Carter an email. 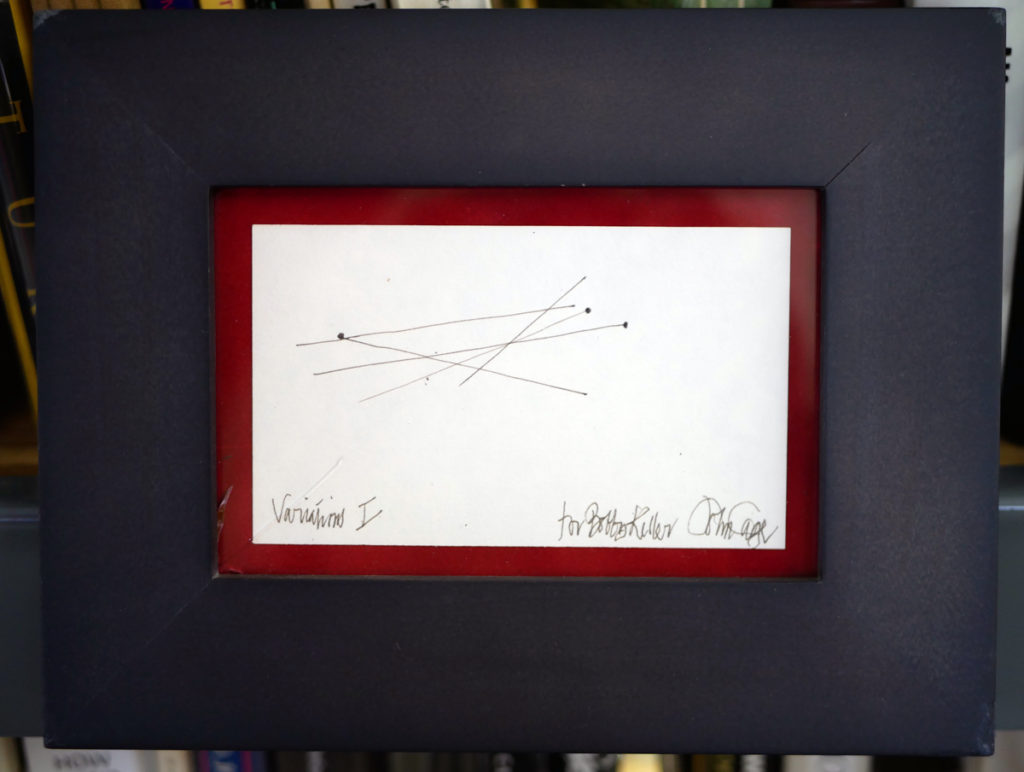 After John Cage died I came across a few things from a dealer I can’t recall and this little musical quote was one I couldn’t pass by. I keep this little drawing hanging on my bookshelf just above the music section where Notations sits silently.