When I listen to music on the hifi, I listen for the music. The closer, the better.

As things go, the more time we spend doing something, the more we begin to care about the quality of that experience. I’m not saying that audiophiles cannot enjoy listening to music regardless of playback quality, I can, but when it comes time for some dedicated listening, while doing nothing else, quality comes into play. I said this back in 2010 in an “As We See It” (AWSI) I wrote for Stereophile magazine:

Let’s redefine high fidelity as being faithful to the passion for and discovery of music. This means that the besthifi is the one that perpetually fans the flame of this passion.

The Border Patrol DAC SE employs new old stock (NOS) 16-bit R-2R non-oversampling (NOS) DAC chips from Philips—the venerable Philips TDA1543. I say venerable because many music lovers like to let the TDA1543 turn bits into music because doing so tends to make music sound like music. This general approach, NOS (non-oversampling) R-2R (resistor ladder) DAC (digital to analog converter) is nothing new and some people, like me, choose to own such a beast because they (I) found that some NOS R-2R DACs get them (me) as close to the music as nearly any other DAC. I’ve said it before but I’ll say it again—beyond my totaldac (any one will do), the only other DAC I’d put in the same category, i.e. gets me as close to my music as I care to get, is the dCS Rossini.

Most every other DAC I’ve heard, and I reviewed just digital products for 6+ years at AudioStream so I’ve heard a few, don’t enter the same ballpark. They remain parked in the lot (think freeze dried bits). Some get close for much less money (see our recommended DACs) and it just so happens that the ones that come closest do not use an off-the-shelf oversampling DAC chip.

Gary Dews at Border Patrol also takes care with the rest of his DAC by including a hybrid tube/solid state choke input filter linear power supply, a copper chassis (because copper sounds richer and cleaner than aluminium and less grainy than steel says Dews), and a EZ80/6V4 tube rectifier which you can have in or out of the circuit with the push of a button on the unit’s aluminum face-plate. Guess which I preferred, in or out? Overall, think simple. I find it very interesting, indeed, that the recently reviewed Chord Mojo, which takes pretty much the opposite approach in terms of complication, also got me very close to my music.

What does music sound like when pushed through the Border Patrol DAC SE? It sounds immediate, timbrally rich (with the tube rectifier in the circuit), expansive, and alive. The sound image extends way past the speakers in every dimension (tube in) and I find the overall presentation inviting and musically satisfying. This puts the Border Patrol DAC SE in the tunnel within the totaldac/dCS stadium. Not bad for a DAC that starts at $995. The “SE” version adds ELNA Cerafine power-supply capacitors, film and foil signal capacitors and a novel twin power transformer arrangement. Think better power supply, costlier parts/higher quality/improved sound quality.

I played with the BorderPatrol DAC SE’s USB and Coax inputs fed by the Sonore UltraRendu and my dCS Network Bridge respectively. While the Bridge is more expensive than the UltraRendu, it happens to sound better too so I preferred using it for the majority of the review period. It turns out bits are fussy little buggers and they really care about the entire delivery chain much to the chagrin of many a Network Engineer. Remember, when reproducing digital music there’s an analog bit. DAC. The rest of the system is mine and includes the Leben CS600 integrated amp and DeVore Fidelity gibbon X speakers using digital cables and power cords from AudioQuest and Tellurium Q Black cables for analog.

As I mentioned in my Chord Mojo review, some reviews are easy to write and this one falls into that rarefied air. The Border Patrol DAC SE connected me to my music within moments of insertion (the review sample was well broken in) and all I had to do was make sure that tube rectifier fed the DAC for pure sonic satisfaction. Compared to my totaldac, the French resistor ladder DAC offers more nuance, more color, and greater image specificity—it’s easier to know where everyone and everything exists in space. I also happen to be reviewing the Schiit BiFrost MultiBit DAC, which also takes a novel approach to D to A conversion (more on that in that review), and the BorderPatrol is fatter and richer if you like that kind of thing. You can make the BP DAC sound fat and rich by disengaging that tube but to my mind and ears and heart that would be a case of hobbling its better qualities. YMMV.

One more quote from that same AWSI:

When it comes to your appreciation of art, don’t listen to anyone who suggests that something he or she knows means more than your own experience.

I’ve lived with the BorderPatrol DAC since November of last year and it has spent a lot of time in my system. This means it has reproduced all kinds of music over time which is the only way one can know if an audio component works for you. If you spend less time, your preferences don’t give the thing-under-review a chance to speak for itself. This can be an awkward approach to reviewing since it suggests the reviewer is more important the designer. Clearly that’s never the case. To my mind, people who make things that are meant to make music can be noble creatures and their products should be given the time and opportunity to sing out without preconceptions stifling their voice. </rant>

I recommended the Chord Mojo without reservation because its sonic character strikes me as being non-imposing. It leans down the middle, so to speak. The BorderPatrol DAC SE has more character. I happen to find this character completely appealing because it gets me close to my music. All things considered and in the grand scheme of DACs, this makes the BorderPatrol DAC SE a very special character and one I recommend you give more than an ear. If you’re anything like me, or Herb Reichert who remains one of my favorite writers (and people), your ears, heart, and mind may tell you the same thing—Julie Andrews be damned! This is the sound of music! 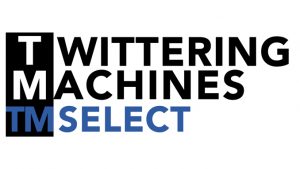